Ask for help Density of stingrays

Ask for help Density of stingrays 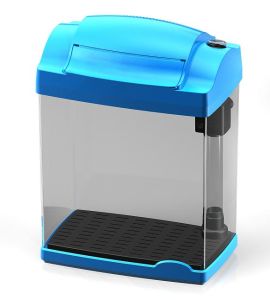 Intend to start arowana and stingray

Dragon only intends to raise one more and is afraid of fighting.

For stingrays, how many are appropriate?

And I dont plan to breed, I just like fish.

So I plan to raise 2 or 3 4 males. I dont know if there is any problem.Ask the great god to explain

Guangdong Shanwei Scavenger Say: The 2 meter tank is big enough, if the landlord raises rainbow fish, it is best to have one male and one female.
Fish Friends Du Yuxuan Say: Any one of the 3 to 4 male breeds will do, because the stingray is a bigger and bigger female. The male grows slowly after 30
Yuyou Dujiang Angler Say: enjoy
Yuyou 18840086008 Say:
There are no other problems, just raising a husband. Du Yuxuan

Any 3 to 4 breeds of males are fine, because stingrays are increasingly larger than females. Males grow slowly after 30.
Fish friend legmz Say: Three pairs of such large tanks are not a problem, rest assured to raise it, the best mother also raises two, in case the baby is born, is the landlord not making money?
Yuyou 8016 Say: Stingray fish, not wide enough
Yuyou Yuan is so deep me Say: One step to the tank.
Yuyoulong Dragon Say: Both the male and the female are well raised.
Yuyou 18840086008 Say:
It is easy to fight if I hear that I have raised them. Cage Dragon