When I first started to use blue treasures in the sea, I felt that the requirement to raise lps could be lower, and blue would be able to deal with it.When I first started using it, it was okay, but more and more software was added in the future. There are several types that cant be maintained. I think that the lack of elements or water is not good. It has not been tried after adding water and adding elements.Finally, it was okay to change the salt of Fahong. Then I knew that the problem was with the salt. I dont know how others use blue. I still dont think it works. Beautiful ocean Say: It seems that a lot of blue treasures are used for opening the cylinder, and then they are changed. 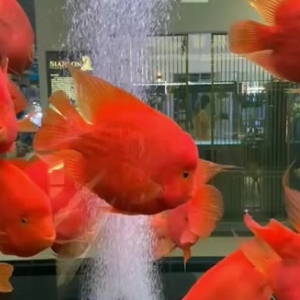 Liao Liaoliao Say: Blue treasures are really the first choice for many people
Yuyou Ziqi Donglai Say: Look at the picture Look at the picture
Dragon fish can eat what is best(
Feed the dragon fish turtle attention/
What feed is best for arowana*
Why arowana:
Arowana eats live food?

Miao, the God of wealth