Young woman found dead this morning
Lianhe Wanbao
A young woman was found dead at the foot of her block this morning.
Yi Yan Ping, 22, from Myanmar, is believed to have jumped from her flat at Blk 420, Serangoon Central, at around 6am this morning.
Yi, who died with her boyfriends name tattooed on her chest, is believed to have committed suicide after a failed relationship.
Police also took away a photo of Yi and her boyfriend, which contained the words, "Dear, why are you so cruel?" 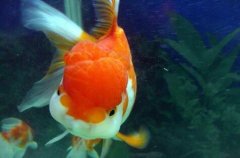 Yi had also left a suicide note on her Facebook page titled "Please take care of my boyfriend", where she asks another girl to "remember to wear black because its his favourite colour".
Yi lives in the fourth floor unit with seven other women, all from Myanmar. She is described as a loner and introvert who spends her free time in her room and on the computer.
She has only about ten friends in her Facebook account, and is believed to be having a hard time in both her work and social life.
Her boyfriend is believed to be back in Myanmar as her roommates have never seen any man visit her at the flat.
Yi graduated from Nanyang Polytechnic with a Diploma in Nursing, and worked as a nurse in Kandang Kerbau Womens and Childrens Hospital.
Source: Lianhe Wanbao, 16 November 2011. Click