Can prehistoric frogs really eat dinosaurs？How much must be fierce

Can prehistoric frogs really eat dinosaurs？How much must be fierce

Scientists believe that the devil frog will disguise itself by virtue of the grass, mud and other environments, and stare at the surroundings without moving. If it sees a large animal passing by, it will "keep still". If it encounters a lizard or a small dinosaur, it will quicklyAttack.

In response, Professor Christopher Rabin of California State Polytechnic University said: "This bite force is equivalent to the pressure of 50 kg of water placed on the tip of a finger."Its enough for the devil frog to prey on dinosaurs, although it is only those dinosaurs that are smaller and weaker.

Professor Christopher Rabin said: "This is the first time humans have tested the bite force of frogs.In the experiment, the biting force of the horned frog is very strong, and they will not relax as soon as they bite the prey.And the bite of the devil frog will be even more terrible, I will never want to be bitten by them."

Because this giant frog no longer exists, researchers have to analyze the existing frog to calculate its approximate bite force.They conducted a series of experiments on the horned frog, a close relative of the devil frog, and combined the comparative data of the bone structure characteristics of the two frogs to speculate the conclusion. 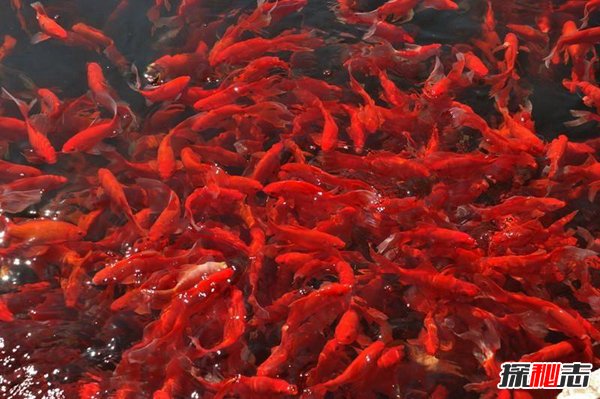 If you choose which animal that has survived on the planet is the largest and most ferocious, I believe many people will choose "dinosaurs" without thinking.Dinosaurs rule the earth 1.For 600 million years, it is a veritable land dominator, with few other types of natural enemies.However, unexpectedly, scientists from the University of Adelaide in Australia recently published a paper in the "Scientific Report" that large frogs that lived in the dinosaur era 65 to 70 million years ago ate dinosaurs.As soon as the discovery of this challenge "common sense" was released, many people issued a series of questions.Is there really such a frog?What magical power does it have to eat dinosaurs?

Today, the largest frog in the world is the African giant frog, which can grow to about 30 cm and weigh more than 3 kg.If its legs are pulled apart, its length can reach seven or eighty centimeters.But compared with the devil frog, the African giant frog is still a little "petite".The study found that the devil frog is as big as a bowling ball, up to 41 cm long and weighs 4.5 kg.This kind of frog nearly half a meter in size is terrible to think of.At the same time, it also has thick head bones and teeth, a wide mouth and a strong chin, and will never chew slowly when eating.

Although, it seems that the devil frog is really fierce, but it is still difficult to convince people that it can eat dinosaurs. After all, in front of a huge and fierce dinosaur, it is at best a "little hello."However, Wang Yuan, a researcher at the Institute of Paleontology and Paleontology of the Chinese Academy of Sciences and director of the China Paleontology Museum, told Sci-tech Daily: "The devil frog should eat a dinosaur pup or a small dinosaur."

As early as 2008, scientists suspected that this "king of frogs" might feed on dinosaur cubs.Evolutionary biologist Susan Evans said in an interview with the BBC: "If it has aggressiveness and learns ambush tactics, then it will become a powerful predator of small animals, and its food is likely to be caused by insects.It is composed of small vertebrates like lizards, but it is also possible that the devil frog has eaten dinosaur cubs."Now this assumption has been confirmed by the team of international biologists at the University of Adelaide.

Scientists named this mysterious frog "Devil Frog", also known as "Devil Toad".The first fossil fragments of the devil frog were discovered in 1993, after which scientists collected enough fossil fragments to "combine" them.David Cross, a paleontologist at the State University of New York at Stony Brook who discovered the devil frog, said it is larger than any frog living in modern times, and may be the largest frog on earth.
How much is a pound of deep sea arowana
Braised silver arowana%
Deep sea wild red dragon fish practices%
Arctic deep sea red dragon fish practices*
How to eat red arowana price&
Khan shark eating arowana video/

My Discus has cloudy eyes