I changed N sandbags, and only hit these ten in the end. At first, Rohan couldnt keep up with the ten. After being bitten, ten of them slowed down, and finally found the meaning of the ten.It seems that I havent seen ten of them playing sandbags. Im not the first person[ciya]========How did the fish friends of the Xianglong Aquatic Alliance comment==

Scuba fishing fish this ten are too timid 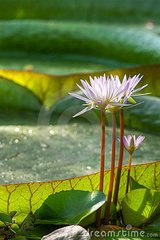 My Discus has cloudy eyes

Please ID This Predatory Barb Thanks