Jin Yinlong I have been to my house for 2 years send a photo to commemorateGolden Dragon and Silver Dragon were only fourteen centimeters long when they arrived at my house.One for 50 yuan and one for 400 yuan, please.Others say that the Arowana fish is not easy to raise. These two Arowanas are my first time raising. There have been no problems along the way.Yinlong fell harder than I did. I thought it was dead. I saw it in a trash can. My mouth moved a little, so I put it back in the tank and came back to life. My tank is still topFiltered.Hahaha, maybe I am lucky, the fortune teller said that my life is water, sea water, so it is very easy to raise fish.Hahahahahaha, fortune-telling blowing new heights. 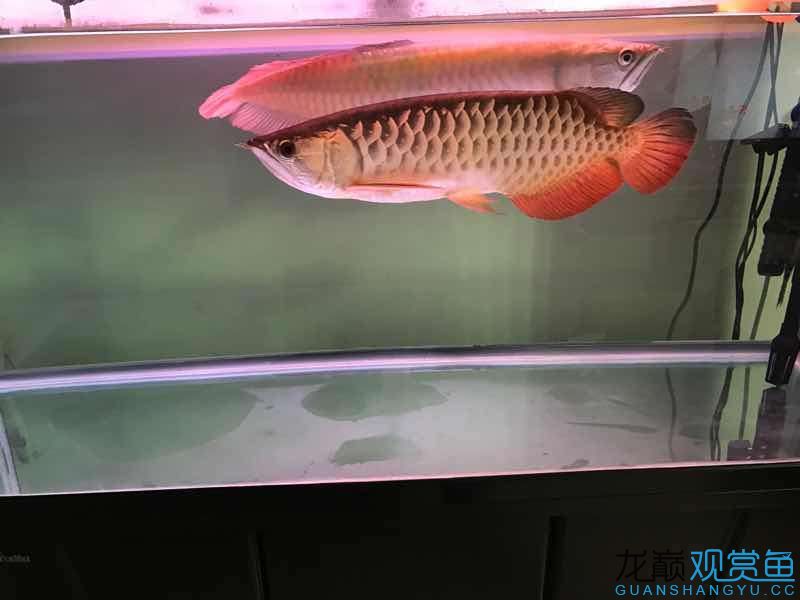 Guangzhou approved air-conditioning laundry Say: , And said that polyculture is very difficult, I only raise golden arowana and silver Arowana, but rarely fight.Hahaha
Yuyou brilliant sun Say: Yinlong is a sandbag
Fish Friends Soeasy001 Say: Golden Dragon 400?
Yuyou Guangzhou approved air-conditioning laundry Say: To Jinlong at that time, it was 400 yuan. Because three pieces of phosphorus had been lost, the owner said: See you are gentle and beautiful, and you will be charged 400 yuan.Silver Dragon is actually well-bred and pretty, not worse than Golden Dragon, but many people are because of it and they look down on it.
Yuyou Mugu Morning Clock Say: It looks very harmonious
Yuyou Logic Say: nice! You love it,,,app store打不开plum extractSaury polycultured arowana$What fish do not love to fight with other fish%Jubali off swordfish Baidu Encyclopedia#Chili Anchovy Baidu Encyclopedia%The difference between the red pearl sword and the ingot phoenix:How to raise Baiziguan saury*The medium-sized ornamental fish is more docile$Swordfish breeding technology&