I bought the first arowana in my life in April 15th. At that time, I bought a golden dragon of about 25 years old. I raised it for half a year. The golden dragon was about 35 years old. I had sprouts of polyculture. I also wanted to learn how to get a double dragon polyculture.So I entered a good red (the quality is not very good, the price is determined), as soon as I entered the tank, the red was run away by the value of the golden dragon, and it immediately scattered and fell off the scale.Its almost the same, and Im not ready for polyculture. Xiaohong jumped off the isolation board one night, and the scene of getting up in front of the fish tank the next day made me unforgettable. Xiaohong was beaten and dislocated.My eyes were sunken and I didnt dare to hide in the corner. I was in a mess and the mood was a mess. This dragon must be abolished. I was prepared to prepare for the grief and sorrow. Later, I thought he was also a life. I was isolated immediately.He told me that there was nothing to recover from the fish. As long as it was quiet, add some vitamins in the tank. At this time, the confidence was established immediately. On the third day, Xiaohong opened his mouth and opened a big mouth that could not be closed.Shrimp fluttered, seeing this scene and determined to feed you until the end, and completely recovered after two months, and then polyculture, because of the violent personality of Jinlong, the result failed, in isolation, before and after polycultureSeven times, all ended in failure. Many methods used during the period were useless (narrowing the polyculture space, mineral water bottle, startle, etc.).In the process, Jinlong was found to be grumpy, and Red Dragon had a mild personality. It was strange not to fail. He made up his mind to transfer Jinlong to a local fisherman, re-entered a small pass of around 20, and entered the tank after the water.I turned around to prepare for the start of the job. I just went in before I entered. I was too big to worry about being fit, and I began to isolate again. After a week, I saw that both fish were familiar with each other.Stable, let it go and try it. I didnt think about this style. The situation was very peaceful. The dragon directly ignored Xiaojins existence, so its been a month and a half since the two dragons lived in peace.The final experience is that if you want to mix two dragons, you have to figure out the character of the two dragons. Character is also a key factor in polyculture!Dalong is now almost 45, and his hair color is not ideal for one year and three months, but I like it very much, and I hope that Xiaojin can grow up healthily. One NEC, pictured above!The first few are underwater lights, and the back is the ceiling light. Since the ceiling light has been on, the underwater light used to feel that the dragon fish eyes have been looking down all night. I am afraid that I will lose my eyes and change it back! 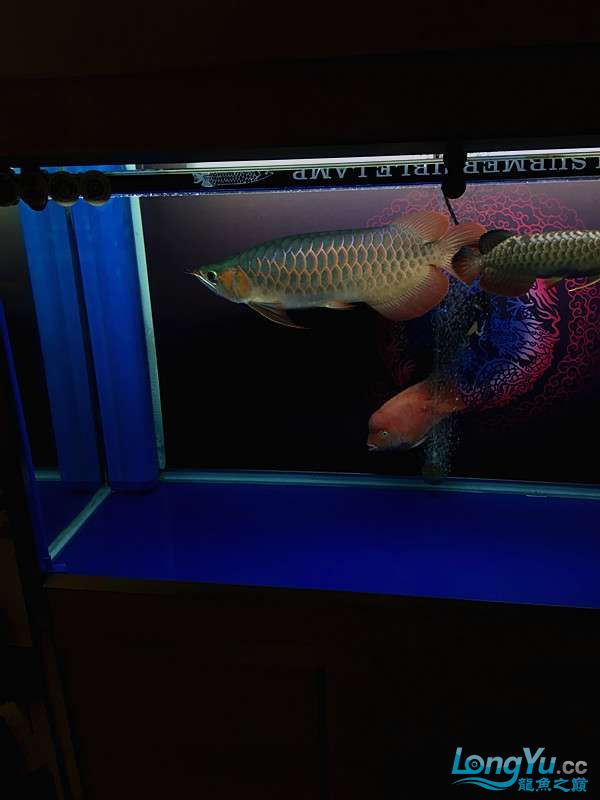 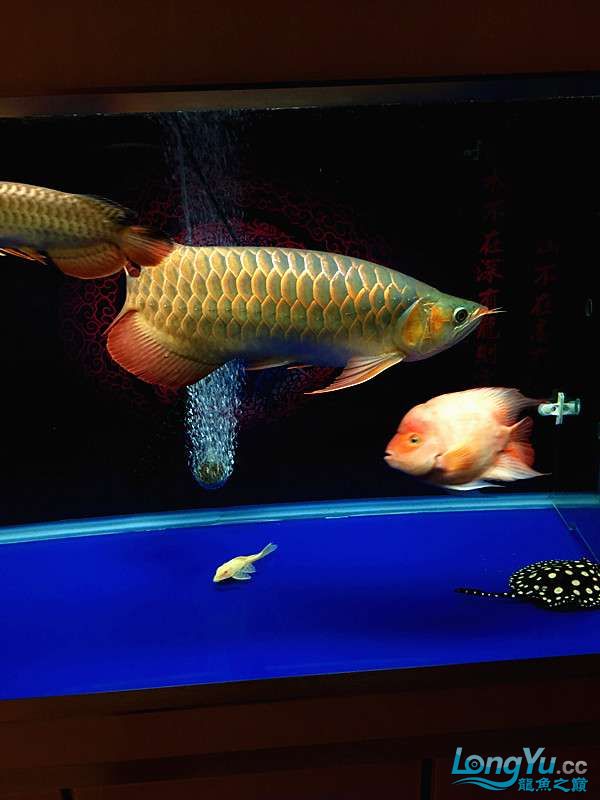 Its not easy to mix gold and red!Congratulations!Man, I want to hold red on the left and gold on the right, but Im afraid when I think about it.Its too difficult!
Yuyou Xiaoqq Say: Its pretty. Is the red dragon a bow back?Still take a photo angle
Yuyou u135AEKD6302 Say: The photo was taken really well, and the fish is beautiful and pleasing!
Yuyou sky520 Say: Not bad.Not bad a.I also think that red dragons, big golden dragons and small polycultures are easier
Fish Friends Du Yuxuan Say: The temper you mentioned is still quite reliable. This is also my long-standing view. Animals are like humans.
Yuyou mint520520 Say: One train, one temper, mixed breeding is not easy
Yuyou sky is so good Say: The landlord is amazing, the fish is more beautiful
Yuyou 13994386758 Say: Thanks for sharing
Yuyou13994442221 Say: The landlords fish is so beautiful The landlords fish is so beautiful
Top ten famous brands of imported goldfish feed:
Which brand of domestic goldfish feed is good?
Goldfish Feed Brand"
Goldfish feed ranking~
How many red parrot fish to raise,
Can red and yellow parrot fish be polycultured/
Tips for raising red parrot fish.
Which brand of freshwater fish feed is good$
Ranking of domestic goldfish feed brands@
Ranking of domestic household goldfish feed brands$

Inside a Red Pond